How to Fix a Leaking Garbage Disposal 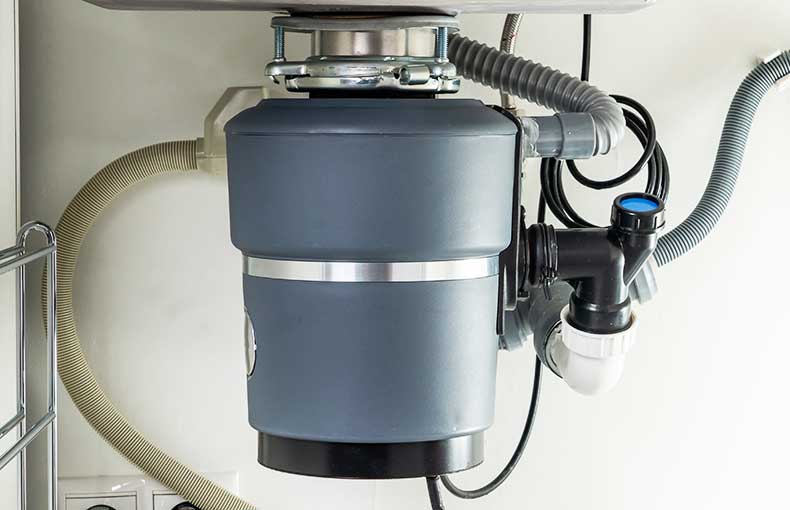 Like all appliances, however, wear and tear can catch up to garbage disposals too. One of the tell-tale signs of a garbage disposal issue is it leaking. Because of the threat of water damage and mold growth, it’s important to immediately address a leaking garbage disposal. You should refrain from using the appliance until it is repaired or replaced, and place a bucket or towel underneath it to collect any water. Then, the troubleshooting can begin.

Fixing a Leaking Garbage Disposal: What to Look For

Leaks are likely to originate from three places: at the top where the disposal meets the sink, on the side where the dishwasher hose connects to it and from the bottom of the unit. Before you get too involved in attempting to resolve the leak, make sure you can identify where it’s coming from. Grab a flashlight, run some water and check things out underneath the sink. You should be able to determine the source fairly quickly.

If the leak is coming from the top of the disposal where the unit meets the sink, you’ll likely need to reapply plumber’s putty to reseal the space, and then tighten the flange back into place. Plumber’s putty can fail over time, causing problems to the water-tight seal that’s necessary to prevent leakage. Resealing often includes detaching the disposal, which can be tricky if you don’t know what you’re doing. You’ll then need to remove the old plumber’s putty and apply fresh, new putty before reattaching it.

If the disposal is leaking from the side, then it’s likely going to be a rather simple fix. Simply start by just tightening the metal clamp on the drain hoses that run to and from the disposal. If the leak is on the side with the waste pipe, you may need to replace a worn gasket.

Disposals last about 15 years, so you’ll likely be replacing the unit several times in your lifetime. If the disposal is leaking from the bottom, it’s usually indicative of internal problems, such as worn out seals. In this case, replacement is easier and cheaper than attempting to repair the issue. While you may be equipped to replace the disposal yourself, hiring a professional plumber can ensure that installation is correctly performed so you can ensure it’s working properly.

PrevPreviousWhy is There Sewage Coming Up Through the Bathtub?
NextHow to Find a Water Leak Inside of a WallNext

Having Trouble With Your Garbage Disposal?